Javascript is disabled on this browser.
Javascript must be enabled for this website to display and function correctly.
Home  »  Operations  »  UK Survey 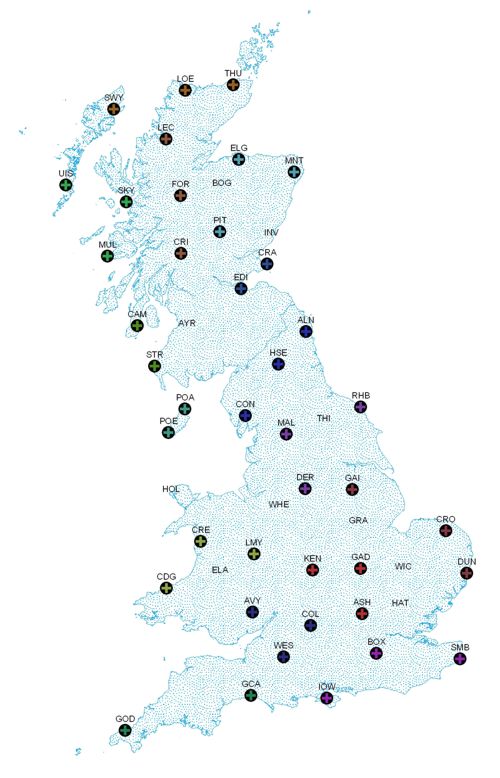 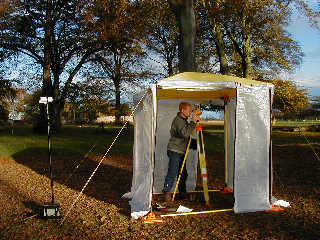 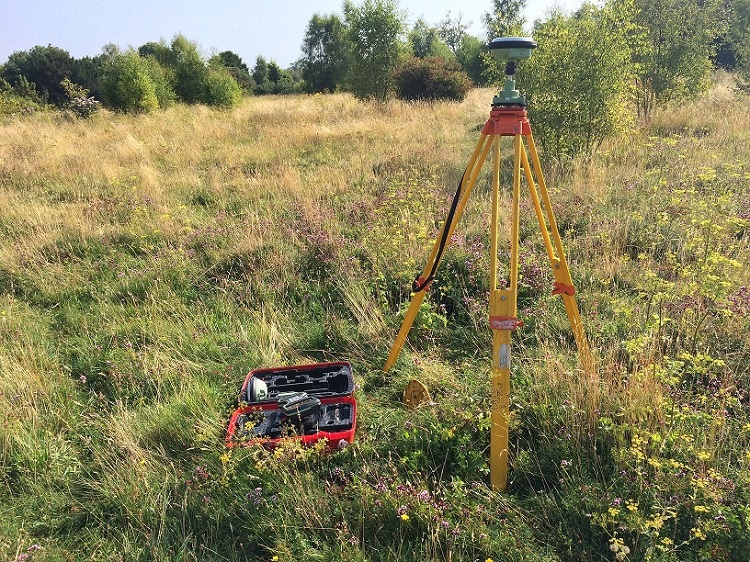 Magnetic field strength and direction over the UK change both with time and location. Over the UK, declination varies by about 5 degrees from the south-east to the north-west. Likewise, inclination varies by about 8 degrees and total intensity by about 3000 nT, both increasing from south to north. Information published on Ordnance Survey and other maps needs to be regularly updated to take account of the declination changes. The data gathered from the re-occupation of a network of survey points scattered the length and breadth of the UK along with data from the three UK observatories, provides this information through annual updates of the UK Regional Geomagnetic Model. This is a model of the magnetic field of the UK and its secular variation, or slow rate of change in time. The accuracy of this model is dependent on the quality of the repeat station data and the regularity with which they are re-occupied.

The locations of the magnetic repeat stations are chosen for their isolation from magnetic interference. The survey position is fixed by marker, by survey bearings and by Global Navigation Satellite System data in order that an exact re-occupation can be made during future surveys. The current network was established in Great Britain between 1985 and 1988 and from 2008 comprises 41 stations. The rolling programme of re-occupations means that all the repeat stations are visited at least once every four years.

The data are also combined with similarly collected data from across the world in order to compute and assess global and continental-scale models of the geomagnetic field.

The angle between grid north (British National Grid) and magnetic north can be computed using the Grid Magnetic Angle Calculator.