Javascript is disabled on this browser.
Javascript must be enabled for this website to display and function correctly.
Home  »  Operations  »  Magnetic Observatories  »  Hartland  »  Low-field Calibration Facility 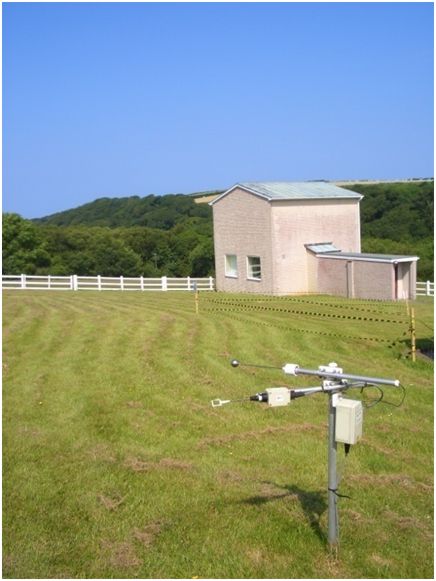 Hartland Magnetic Observatory is located close to the North Devon village of Hartland. The observatory is operated by the British Geological Survey, part of the Natural Environment Research Council, for the purpose of continuous geophysical monitoring.

When the observatory was built in 1956, it was equipped with a pair of symmetrical calibration coils in a dedicated non-magnetic building, Test Hut 1. These coils were wound on square formers (approximately 2m x 2m across) mounted parallel to each other and oriented to produce a bias field in the vertical (Z) direction.

The original purpose of the coils was to calibrate BMZ magnetometers by simulating a range of amplitudes of the vertical component of the geomagnetic field. 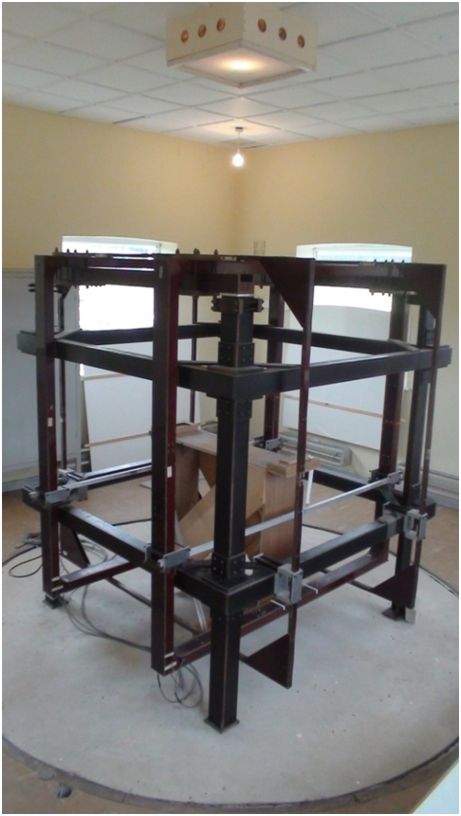 In 1983, as part of the test programme for the magnetometer experiment on board the United Kingdom Satellite (UKS) of the Active Magnetospheric Particle Tracer Explorer (AMPTE) programme, engineers from Rutherford Appleton Laboratory modified the Z-coils to create a low-field facility (LFF).

Variations in the ambient field are monitored on-site in real-time, allowing bias adjustments to be made to maintain low-field. Since 1983, the coils have been used to calibrate compasses and magnetometers for the oil and avionics industries.