Javascript is disabled on this browser.
Javascript must be enabled for this website to display and function correctly.
Home  »  Data Services  »  Data  »  Historical Magnetic Observation Records  »  Terra Nova catalogue (1910-1913) 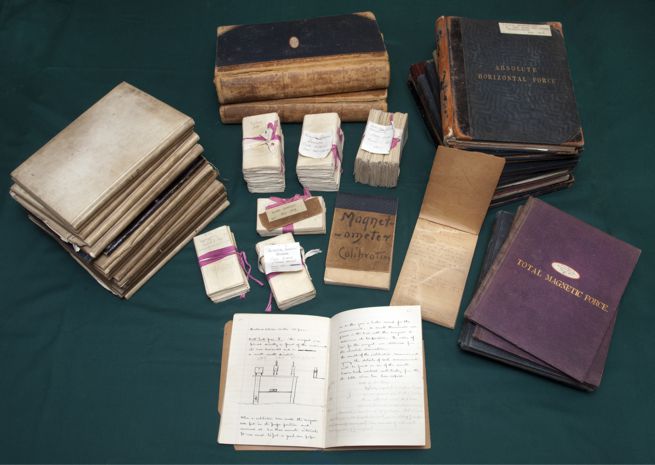 The listing below describes the provisional list of items related to the British (Terra Nova) Antarctic Expedition 1910-1913 held at the British Geological Survey.

Original magnetograph traces and notebooks from both of Scott's expeditions are held by the British Geological Survey. Geomagnetic observatory operations by the Royal Greenwich Observatory and the Meteorological Office were transferred to the Institute of Geological Sciences in the 1960s. The IGS became the BGS in 1984.